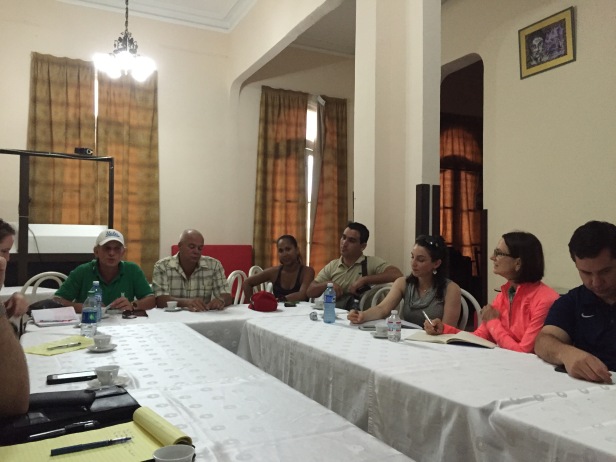 First, it is important to understand that the Cuban government has much more (though not total) control over the media and what gets disseminated. There technically is no freedom of the press in Cuba, although within the past 10-20 years, it seems as though the Cuban government is relatively tolerant of most views (at least, more so than it has been historically), so long as they do not directly advocate for a counter-revolution or overthrow of the government. Note that this is just a personal observation from spending a few days in Havana, but the people we have interacted with have not seemed to be afraid to express their (albeit minor) criticisms and annoyances with certain aspects of the Cuban government and Cuban life.

Because of the government’s control of the media, journalists in Cuba spend more time in school and training than doctors do, and are just as esteemed as doctors and lawyers. So basically, there are no Skip Baylesses in Cuba. (Socialist paradise, indeed.) But again, even with greater control and influence from the government, this does not appear to mean that journalists are not permitted to facilitate discussions about controversial topics.

Sports journalists, of course, do not generally need to worry about whether or not what they are saying runs afoul of the government. Cuban sports are covered extensively by newspapers, television, radio, and even Internet blogs. All fans are actively encouraged to participate in sports discussions through the media, and much like the US, every fan in Cuba thinks that they can do a better job than the manager. In this respect, there is not much difference.

However, all of the sports coverage is through entities that are state-owned. There is no ESPN, FS1, Sports Illustrated or other private entities competing with one another for readership with “hot takes”.

The sports media in Cuba also seems to have more respect for players and their personal lives. For example, media access to baseball players is limited to one hour before and one hour after the game. Further, the Cuban sports media does not have much interest in reporting on what is happening in player’s personal lives. What matters to Cuban fans is what happens on the field. There is no ESPN breaking news about where LeBron James decided to eat dinner in Cuba.

After this great discussion, we drove around and explored Havana some more. Our guide Arturo took us to John Lennon Park, which was dedicated in 2000 in an effort by Fidel Castro and the Cuban government to show that American music and cultural influence is no longer taboo in Cuba as it was for so many years. The park features a statue of John Lennon sitting on a bench. The statue depicts Lennon wearing glasses, which are not attached the face of the statue. Somewhat predictably, the glasses were stolen a few times when the statue was first unveiled. Thus, there is now a man hired by the Cuban government to hold and guard the glasses and place them on the statue when tourists come by for pictures. 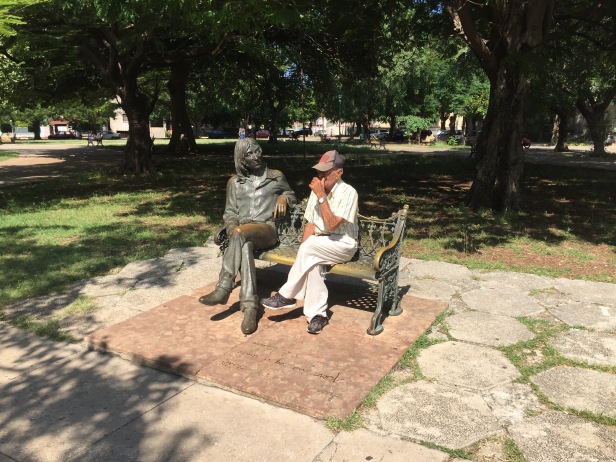 After another fantastic lunch, we explored Old Town Havana on foot. The highlight of Old Town Havana is the “hot corner” of Havana’s Central Park, where fans come to debate and argue about all things baseball. The discussion today focused heavily on the Cuban National Team’s performance in the Premier 12 tournament, but when the regular Cuban season is in swing, there are many more arguments taking place about individual teams and players. I managed to talk to a couple of guys about Major League players. One gentleman expressed great admiration for Jose Fernandez of the Marlins, and one man from Venezuela gushed about Felix Hernandez of the Mariners and proudly showed me his baseball card. 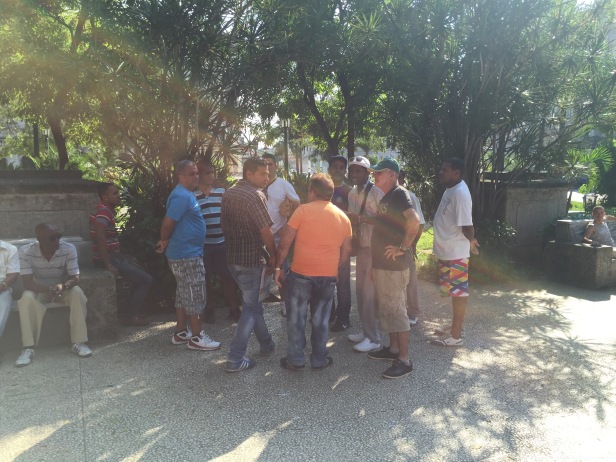 Old Town Havana is a pretty amazing place to become immersed in Cuban and Habanero culture. There are several art museums and buildings that date back to Havana’s days as one of the most important colonial port cities.

After exploring Old Town, we were free to explore on our own for the rest of the day. A few of us took a classic car taxi to the Copellia ice cream bar, a Havana institution. Most travel guides about Havana recommend a stop at Copellia, and they are not without warrant. 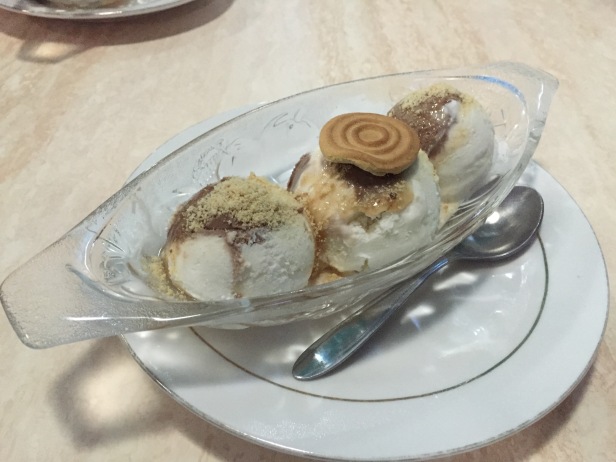 Another great day in Cuba in the books, and it is difficult to come to grips with the fact that we have just one more full day here.